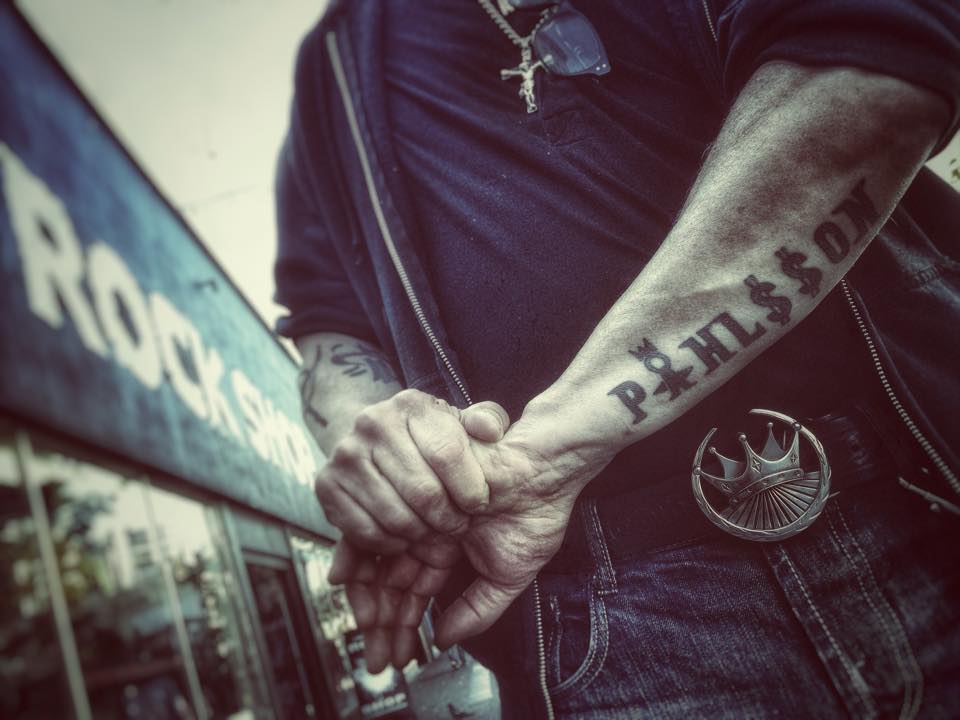 I was only a ”party drinker” until 2008. At this time I was 45 years old. But I have often had the tendency to drink too much. I often became too drunk, but I only drank on ”special occasions”, when it was a party, weekend or something like that. I never even drank a light beer during the week. But the alcohol had a strong hold on me. The drinking was the reward, to have fun, getting relaxed and to get away from everyday life and also from my constant thinking about everything…..

I became calm and I could only focus on ”here and now”. It was relaxation from everyday life and actually ”escape from reality” A weekend without drinking was a kind of a waste to me. If I had been sober for a weekend, it was like ”I hadn´t done anything” ……. The weekend had somehow been wasted. That’s how I reasoned.

Most peoplet believed, and still believe, that my drinking was due to my life as a musician and the touring. But that´s not the way it was. When you work with music and you`re touring, you have a responsibility to deliver and do well, and I’ve always done that. Certainly there have been wild after-parties, but my drinking has never affected my job. The worst thing about drinking for me has been the hangovers with anxiety. Horrible anxiety many times. But that was the price you had to pay. And over time, it was accepted.

In 2008, I started a relationship that would soon turn out to be a disaster. I do not blame her, but it became a reason to start drinking more. I felt dominated and mistreated. The result became over time that I found comfort in the bottle. I didn´t have the strength to fight and make a fuzz. Drinking was an escape from everything I couldn´t handle. Even my girlfriend was fond of drinking. It started with ”bag-in-box wine” (containing 3 liters) once or twice a week, but after a while we had it almost every day from Monday to Sunday, and I drank the most of course.

We eventually separated, but then I was so stuck in to the drinking that I just continued. But not when I had my children, but every second week, when I didn´t have them at home, I drank like hell. On a couple of occasions I collapsed, fell down on the floor in the kitchen and I couldn´t even move. I thought I´ve had a stroke or something similar so I went to the hospital and was examined, received injections, talked to a doctor, etc.

At one point I puked all over the sink when I tried to drink more wine. (My body couldn´t take any more) But I cleaned up the mess and then I mixed the wine with water 50/50- Then it went fine !!!

The last thing that happened was that, at one point, I didn´t have anything more to drink. Then I realized that my mother had some wine and booze in her apartment, and at this time she was on Tenerife. I took the car there (nothing bad happened, but there is no excuse to do that, I know) I locked myself in to her apartment. I drank and slept. That’s all I did. I don´t know how many days I stayed there ….. (?)

My little brother Axis and my new girlfriend at that time had been searching for me and now they started to realize where I had gone. They went there and drove me to ”Capio Maria”, a clinic for addicts in town. I had also been there on an earlier occasion. The staff did the same thing again – gave me injections and I got pills against my anxiety. I also had a talk with a nurse. I sat there crying and pitying myself …… What else could I do? I felt like a piece of shit!

I got in contact with AA and got a so-called ”sponsor” (mentor). He told me to read the big blue book of AA, and very quickly I realized that the book was actually about me! Everything fell into place. I also went on a course called ”Relapse Prevention” and started with the 12-step program.

When I went out of ”Capio Maria” that last time, everything became very clear to me:

I made my decision – I would never drink again !

Since then I have kept that promise 🙂

One more year has passed …. And I´m still here – sober ! This has been the case since February 2nd, 2011. But No – I’m not ” that fantastic” or ”strong”. I’m not boasting about it either! – It was a DECISION I made, and I am grateful that I finally got the insight